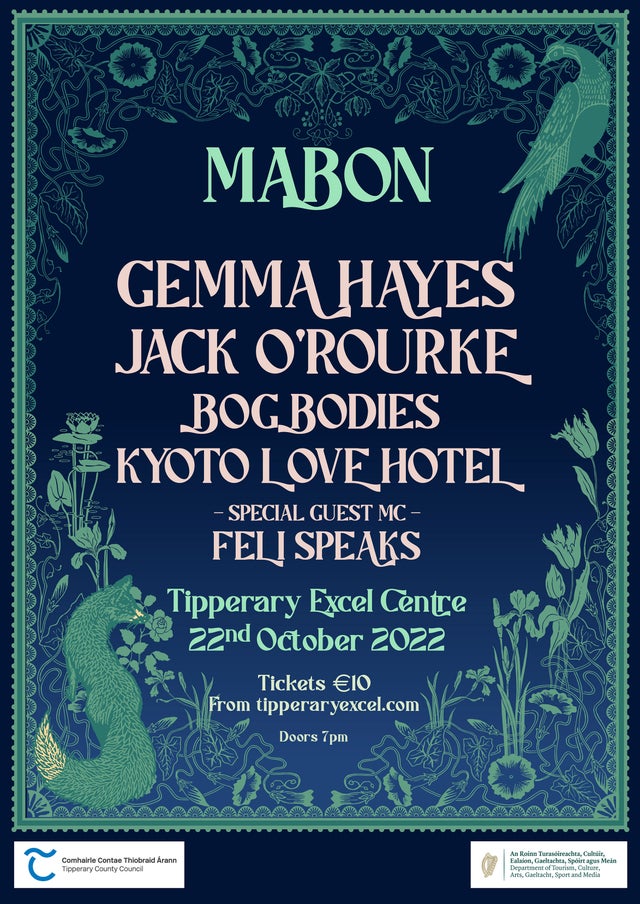 The critically acclaimed artist will be performing hits from her Mercury Prize nominated debut album Night on My Side, along with hits from her other folk-pop influenced albums.

This exclusive celebration will take place in the heart of Tipperary Town in the Tipperary Excel. Doors open at 7PM.

This show is presented by CWB, in conjunction with the Department of Tourism, Arts, Gaeltacht, Sport & Media and Tipperary County Council.